Pet Rock and a New World!

Yes I know I haven't been posting but I've been really busy for the past months, and I promise to post more often now. First of all, the new world of Wintertusk is coming soon! Wintertusk will complete the storyline from Grizzleheim and will introduce one of the most important characters in the spiral, Grandmother Raven. Not much is known about Wintertusk right now,but KingsIsle should be revealing more soon.
Right now, for a limited time, you can get the most awesome, epic, pet ever. A Pet Rock. Take care of your pet rock by: Feeding it after pet mini-games, walking it around the Spiral, washing it in the pond at the commons (or the seas of Celestia), and teach it tricks like sit (stand in one spot), follow (run), or swim (run in water).

Also, I will not be holding any of the mount contests. My blog was made after KingsIsle stopped letting Blogspot blogs be official Wizard101 blogs.
Posted by dakota silverbane at Friday, April 01, 2011 No comments:

The test realm is open for tons of updates! The most exciting is new Celestia housing! Like the Grizzleheim houses, one will be open for crowns or gold in the crowns shop, and the other will be a hard crafting item. The one in the crowns shop is a cool looking house based off of the Floating Land:

Nice place isn't it?
The crafting house is completely EPIC! A Celestian Observatory! floating in space with a pvp circle in the middle of the front "yard."

Totally awesome! Looks like that planet on the right might be Celestia?
There have been a bunch of other updates to gardening, worlds, etc. but I thought the Celestian housing was the best yet. I don't have much information on anything else because I've been unable to get into the test realm. But I'll get more info soon. I bet that Observatory is going to be a real challenge to craft. The Grizzleheim one took quite a while to build.
Posted by dakota silverbane at Monday, January 31, 2011 No comments:

The test realm has now closed and gardening has come to the live realm. Level up your gardening skills by using spells to grow plants from seeds, to mature plants. (and elder if your lucky) Moolinda Wu will call you into her office to tell you about a new activity for students level 12 and up.
She will send you to Farley, a new character in the game, who will teach you the basics of gardening. He will teach you about the growth of a plant: seed-young-mature-elder. But if you don't take care of your plant it will die.
To use planting spells, it takes up your Pet Energy. There are tons of different plants to choose from including Dande-Lion, to Snap-Dragon. Each plant will give different rewards based on what it's like. for example, if you harvest a Dandelion, you will get a bit of gold and a cat-tail reagent. There is a mole like Farley in each world, each with different planting spells and plants.

Have a Merry Christmas and a Happy New Year!
Posted by dakota silverbane at Friday, December 10, 2010 No comments:

What Else Could Be In Store?

In the new planting, you cast a spell at your house and it looks just as cool as one of the spells. What else could we get from KingsIsle? We just got interactive housing in the epic cards from Gamestop. (the mini game castle item) Could we have full-sized creatures roaming our houses like the Treants in the life house? (except they stay in one spot. currently) Maybe Wyverns in the ice house? Things like that. It's been two years and we have six worlds. How many could we have in one more? Wizard101 is going to get way more interactive if KI keeps going at it like this. But thy are also making a new game. Just go to their website. It shows Wizard101, and another that says "coming soon" (or something like that). What could there be in that game? (assuming it really is a game) Just an idea!

Along with all the updates that have been going on, another one has come just as fast. Planting! It hasn't come out just yet, but it is in the test realm. it is going on and off though every once and a while so you might not get on sometimes. And also look for the new Celestia housing vendors! They came faster then the Grizzleheim ones luckily.

Planting allows yo to make a plot in your castle or dorm and plant seeds that you can harvest. they harvest like pets level up. from seed, to mature, and if your lucky enough, you'll get an epic plant after mature! so it's like a mix of pets and reagents. this is only for wizards level 12 and up. Moolinda Wu will call you to hr office and introduce you to a mole in Golem Court, who teaches you how to plant. he will teach you spells that you use to make plots, water your plants, give them sunshine, remove pests, and even play them music.

Celestia has come on the live realm, (I know I'm late) with all new spells, armor, and creatures. The level cap has been increased to 60, with the new spells coming in at level 58, including: Skeletal Dragon (Death), Ra (Balance), Efreet (Fire), Snow Angel (Ice), Forest Lord (Life), Medusa (Myth), and Leviathan (Storm).

A little hint when you get into Celestia if you haven't already, watch the boss' moves, and what they say before, or during, the battle. They stop the round after your attack and attack someone. different bosses have different spells though. so watch what they do.

If you may have noticed, there have been necklaces that give other school's level 48 spells. that is kind off weird because KingsIsle said that you can't trade the level 48 treasure cards, because each school is unique. And now they give them away? I'm not complaining though. They are awesome! 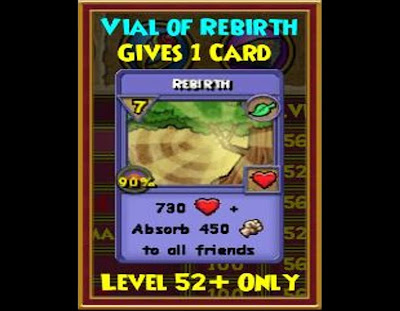 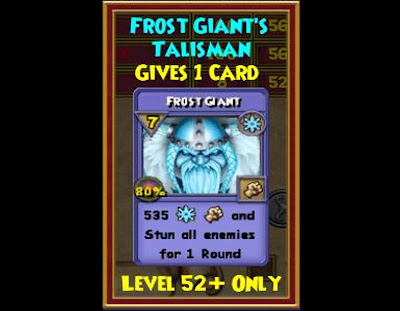 Cool huh? Already have the Fire Dragon and Scarecrow.


Was this post good enough for those of you who saw the last one?

Have a great Thanksgiving!

Posted by dakota silverbane at Saturday, November 13, 2010 No comments:

Celestia is open at last in the test realm and Hallowe'en has come too! I don't really have any info on Celestia right now because I'm not a subscriber so i can't get in. But i do know about the new schools!

The school of sun magic is mainly about enchantments. Enchantments we are most familiar with are probably ones that enhance strength, but the ones in the sun school have enchantments that boost strength and accuracy, but also mutates. these mutates are like the ones you see enemies using. For example, many use Ice Kraken or Fire Kraken, Ice Shark and Fire Shark. You can use these now too. unlike the ones we have now, these enchantments don't give you the treasure cards, they will change back to their normal card. these enchantments cannot be use on rank 0 or X cards. so no using it on the Judgement card.

The moon school is just as good. The moon school is all about polymorphing. The spells you get from the moon school will let you change your partners or yourself into something else. for example, you can change someone who is life to a creature with more strength spells like a draconian. or someone in storm into a creature with more accuracy. polymorphing will change the wizard's appearance, health, school, deck, weakness, strength, and everything else. polymorphs run out after a few rounds, after that you will revert back to normal.

Which world's housing is best?

Listen to some music!

dakota silverbane
i am a thaumaturge lvl. 50 on wizard 101.